After vowing never to do another one.  I did.  And so did most of the old Dobler’s Pen crew.  We filmed under a new label, Digital Bohemian (http://digiboh.posterous.com/).  Performed my usual function, writing and PA’ing on set.

Unfortunately, there were some technical glitches in Final Cut (inexplicable Wide Screen to Letterbox moments) and wind/air conditioner noise that drowned a critical outdoor scene (our headset died late-afternoon, so we didn’t know until the edit).

So, what are the particulars?  We pulled Film de Femme, a genre invented by 48 Hour – it’s an open category where strong female characters lead the story.  The prop was a hula hoop and the line of dialogue was “That’s not how I would have handled it.”

After a several hours of brainstorming, we settled on a female version of the hangover, titled The Hangovary.  Our logline: “What happens when three woman celebrate one of the trio’s pre-pregnancy sobriety with a final night of partying?  You get a Hangovary, of course.”  Somehow, it involves a woman in a classic nurse’s outfit, a puppet and a set of missing keys found in an unusual location.

Some photos from the shoot. 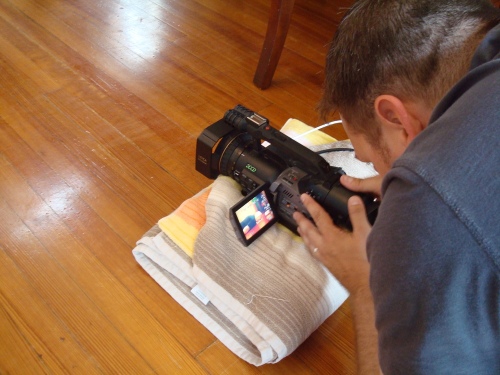 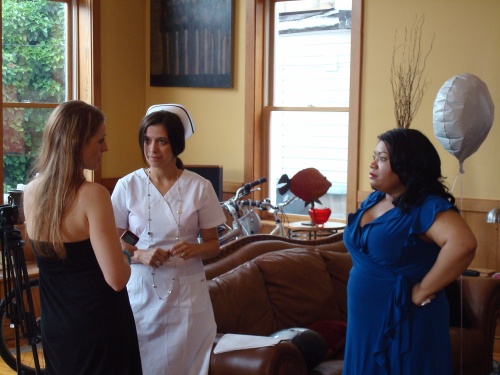 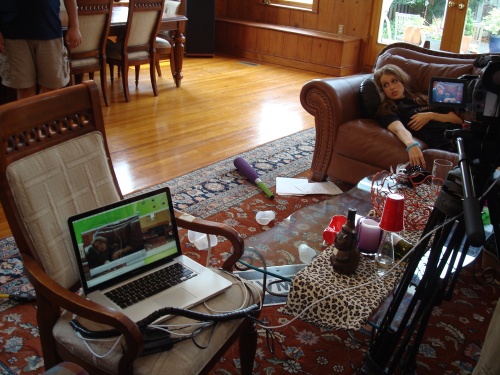 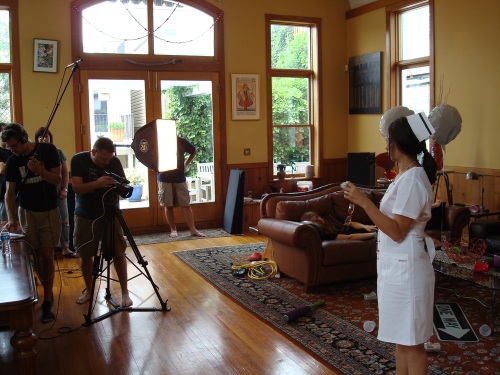 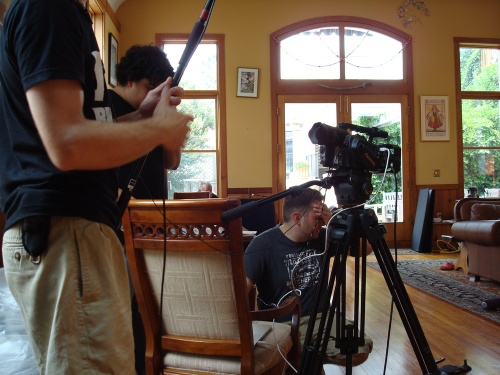 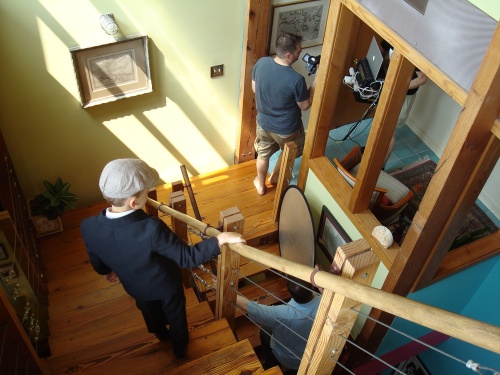 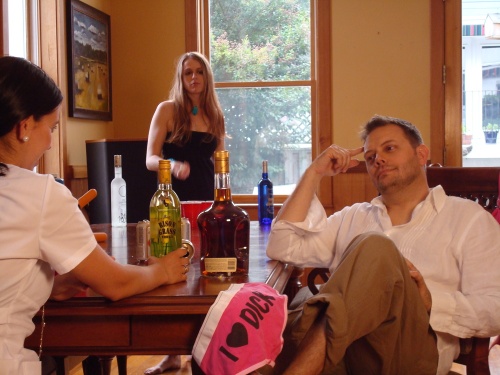 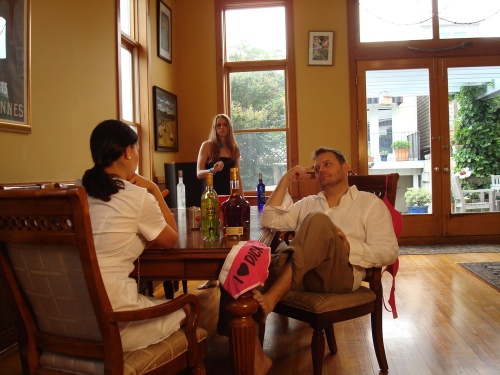 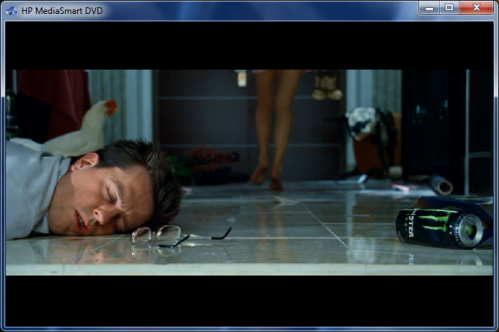